A Brief History About Investment Casting

The history of lost-wax casting dates back thousands of years. Its earliest use was for idols, ornaments and jewelry, using natural beeswax for patterns, clay for the moulds and manually operated bellows for stoking furnaces. Examples have been found across the world in India's Harappan Civilisation (2500-2000 BC) idols, Egypt's tombs of Tutankhamun (1333–1324 BC), Mesopotamia, Aztec and Mayan Mexico, and the Benin civilization in Africa where the process produced detailed artwork of copper, bronze and gold.

The earliest known text that describes the investment casting process (Schedula Diversarum Artium) was written around 1100 A.D. by Theophilus Presbyter, a monk who described various manufacturing processes, including the recipe for parchment. This book was used by sculptor and goldsmith Benvenuto Cellini (1500–1571), who detailed in his autobiography the investment casting process he used for the Perseus with the Head of Medusa sculpture that stands in the Loggia dei Lanzi in Florence, Italy.

An Investment Casting by Bronze from Ancient China: 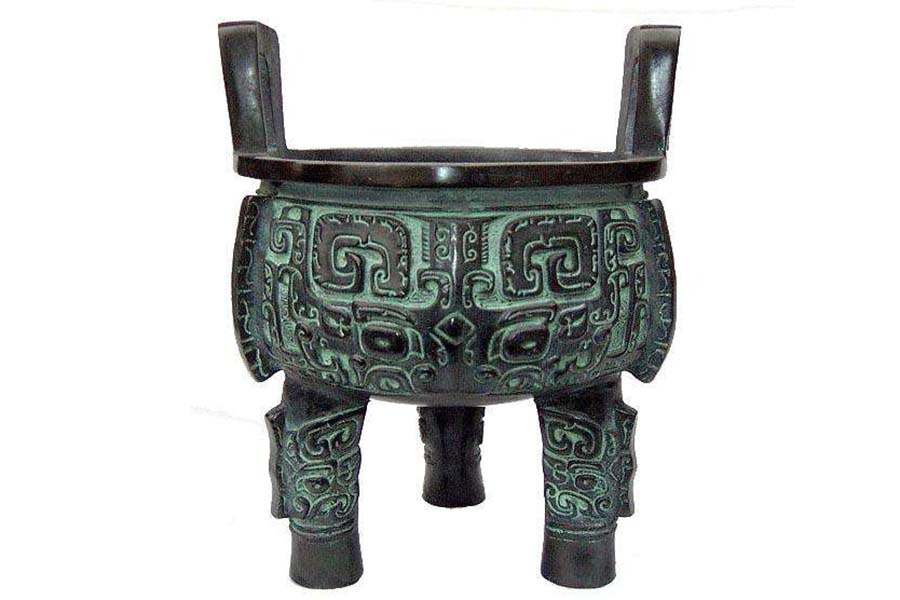 Investment casting came into use as a modern industrial process in the late 19th century, when dentists began using it to make crowns and inlays, as described by Dr. D. Philbrook of Council Bluffs, Iowa in 1897. Its use was accelerated by Dr. William H. Taggart of Chicago, whose 1907 paper described his development of a technique. He also formulated a wax pattern compound of excellent properties, developed an investment material, and invented an air-pressure casting machine.

In the 1940s, especially World War II increased the demand for precision net shape manufacturing and specialized alloys that could not be shaped by traditional casting processes, or too much machining is required. Industry turned to investment casting. After the war, the lost wax casting process spread to many commercial and industrial applications that used complex metal parts and rose to dominance in firearms manufacturing by using the new technology to reduce labor-intensive machining.

Modern investment casting (lost wax casting) techniques stem from the development in the United Kingdom of a shell process using wax patterns known as the investment X process.This method resolved the problem of wax removal by enveloping a completed and dried shell in a vapor degreaser. The vapor permeated the shell to dissolve and melt the wax. This process has been evolved over years into the current process of melting out the virgin wax in an autoclave or furnace. 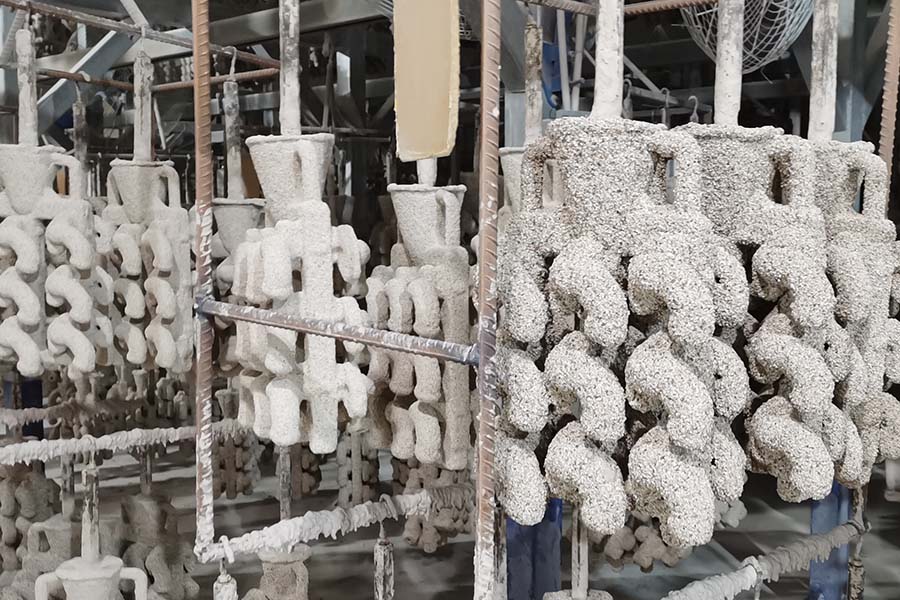